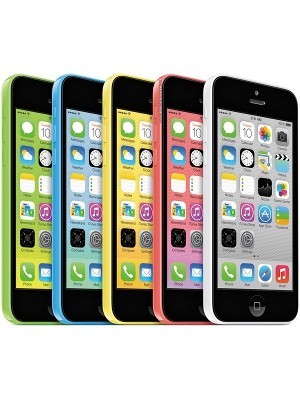 Apple phones are immensely popular all over the world, and fall into a significant brand category. The company is all set to launch a new phone called Apple iPhone 5c 8GB, and is a budgeted phone. iPhone 5c is a reasonable smartphone and is Apple’s first venture into this segment. The first iPhone product was launched way back in 2007 June, and till today iPhones deliver an everlasting youthful image, and each time iPhone commercials are released the phones look brand new.

The uniqueness of iPhone design is it emits waves of vibrancy, and iPhone 5 follows Apples’ legacy of a slender and trendy piece. The material used is top quality plastic. An important point to note is the framework of iPhone 5c is vastly different from the first few iPhones that were launched. iPhone 5c is not the first plastic made phone, and is draped in quality metallic chassis. The phone is tailored with high-end plastic material, and the rigidity effect is highlighted by the presence of premium steel that enables firm dexterity movement. iPhones always come in amazing and pulsating colors, and iPhone 5c will be sold in white, pink, yellow, blue and green shades and the aftermath effect is an awe-inspiring one because of the fine shine.

iPhone 5c weights 132g, and is sturdier and bigger than iPhone 5, and measures 124.4×59.2×8.97mm. There are already positive reviews about iPhone 5c months before launch, sources have stated that the phone offers a light and feel good effect.

iPhone 5c operates on 640×1136 4inch display capacity, and is not as significant as the 5inch display power of Android phones. Apple will improve on its competitive display measurement with the launch of a bigger display in 2014; detailed information on this topic is yet to be disclosed. Although the display output is smaller compared to Android phones, iPhone 5c offers one of the most rewarding usage experiences in recent times. The color generation capacity is splendid, even under peak sunlight, and the visualizing angles are outstanding. iPhone 5c is offered with iOS 7 software, and the software design technology packed into the phone is world class called skeuomorphic graphics, and the image projection is out of this world and can be compared to live replications of real objects. The new skeuomorphic look makes the handling process smooth with interesting apps like Calendar, App Store, Safari and Mail. The touch screen technology used in the phone is called Control Center, and users can browse through various apps through an up or down swipe. Apart from Bluetooth, Wi-Fi, apps the other toggles used are Flashlight, Orientation lock and Do Not Disturb. Users can adjust the volume and brightness and music output. There is an alarm, camera and calculator apps.

The camera installed in iPhone 5 c is similar to that of iPhone 5, which stands on top of the game in camera quality. The camera resolution surpasses the illumination power of Lumia 925 and HTC One.  The inbuilt iOS7 software technology used in iPhone 5 has the new UI camera feature where users can access various capturing models such as Panorama, Square, Photo and Video. On top of screen there are back and front cameras, HDR or flash recording. The versatility ability of iPhone 5c is magnificent and in accordance with the cut-throat competition that exists in smartphone industry. Photography buffs and consumers can expect to have lots of fun with the phone. The photography apps used are old and new videos strategized to a particular location, automatic image organization, monuments, collections and years.

An interesting feature to note in iPhone 5c is the AirDrop feature which is a direct connection to Wi-Fi, through the Control Center. The significance of AirDrop feature is users can share contacts, videos and photos via Bluetooth and Wi-Fi. The battery power output of iPhone 5c is 1507mAh which is slightly more powerful than durability effect of iPhone 5 where the battery output is 1440mAh. Users can use the phone for hours on end and the lasting effect is so enormous that there will still be about 20% battery space.

iPhone 5c is another addition to Apples’ list of world class products, first and foremost customers will be attracted by the mere vivacious and youthful appearance, which is not unusual, and evident in all iPhone pieces launches. So what makes iPhone 5c different, it lies in the fitment of a more powerful and innovative steel material that increases the sturdy effect and the phone lies firm on palm even under slippery conditions.

Owning a phone as chic and cool as iPhone 5c is too exciting for words, and owners would hence want to capture as many images as possible to feel the effect of a super elegant phone. There is a back and front camera, as well as HDR or flash recording on top of screen, and photography apps are too many where users can store heaps of life-remembering images in various folders segmented in various eras in time and place such as a particular location, automatic image organization, monuments, collections and years. An innovative feature to look forward to is the AirDrop feature which is a direct source to internet.

Those who are keen to buy the iPhone 5c, the launch date is 31st of March 2014, and it is a great buy for business and recreational purposes.