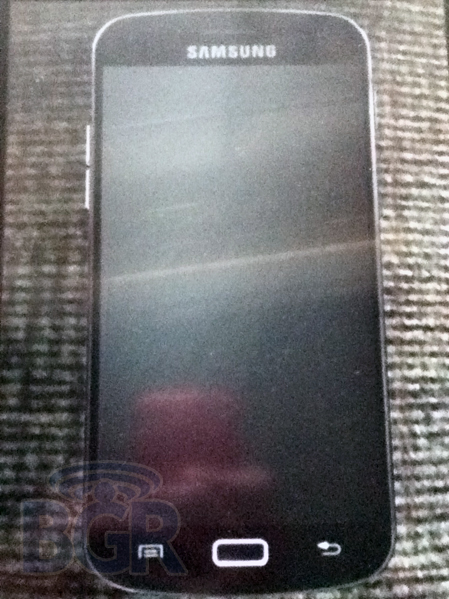 Yes, we have yet another leaked image of the supposed Galaxy SIII, trouble is that each one we see is different to the last.

This morning several sites were sent this image, which appears to be an unreleased Samsung mobile, and could very well be the upcoming SIII.

Now, the obvious disappointment is that it’s taken with a camera far below average, which often indicates to it being fake as a high quality camera could give it away.

It looks quite similar to the Galaxy Nexus, however has a few different features such as the volume rocker being higher in this leaked image.

The Galaxy SIII is due for announcement pretty soon now, and you can read up on what to expect here.