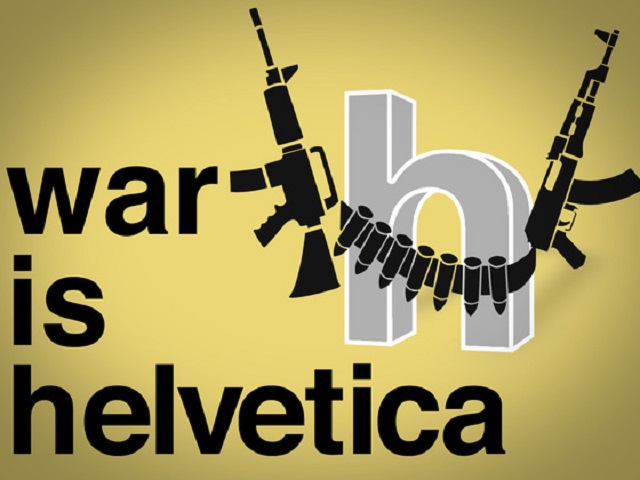 War is Helvetica is a series of animated shorts pitched by Dan Schreiner, which sees the two fonts, Helvetica and Arial, engage in battles during the night time.

Like all good projects, War is Helvetica is currently up for funding on Kickstarter.  The project needs financial help, as well as help looking for animators and people to help bring the project together in general.

War of Helvetica: The Reason

Helvetica is a favourite of many designers out there. It’s a very stylish font which is simple enough to make sure it doesn’t disrupt the image it is layered on. Helvetica was created in the 1950’s and remained the go-to font until Microsoft released Arial as it’s default typeface on their Windows operating system, leading many people to forget completely about Helvetica. The two fonts look almost exactly the same but sure enough, the hardcore designers remain true to their Helvetica roots.

With a rivalry in a subject where you really wouldn’t expect it, it makes. It sets the perfect scene for a humorous battle to take place. Enter Dan Schreiner and his idea of bringing the two fonts together in a blood-thirsty battle in a design studio…at night.

With $10,000 to go and only 20 days to gain it in, it’s going to be a very close call for the future of this animated series. Head over to the Kickstarter page where you can find more information about War is Helvetica.