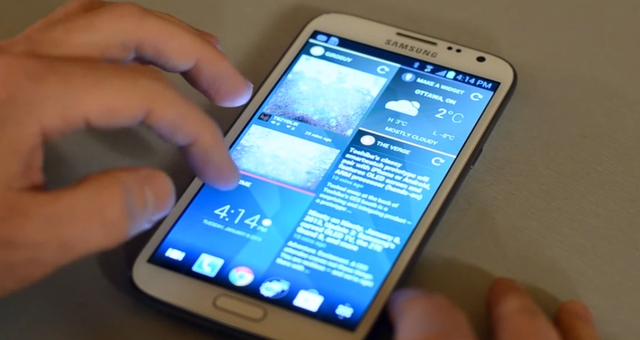 Chameleon is a beautiful launcher for Android which has risen to power in the last year, but it’s currently only available for tablets. However today, in a video uploaded by the company detailing upcoming changes, Chameleon Launcher for phones has made its first appearance.

It looks very similar to the tablet version, which is heavily based around widgets. This is something that has made me think that the launcher isn’t destined for smaller screens, but the video shows it has been done very well and looks like it could work. The video showcases the app on the Galaxy Note, which is practically a tablet itself, as well as the Nexus 4.