For the budding artist, there is no shortage of apps and tools for use on tablets. But the problem lies with their quality and functionality. It is often the case that art apps are limited in what they can do and they sometimes lack the accuracy any serious artist would want to see. However, several apps and tools are surprisingly good, and in some cases, are very impressive. We’ll discuss one innovative app and one useful tool in this article. 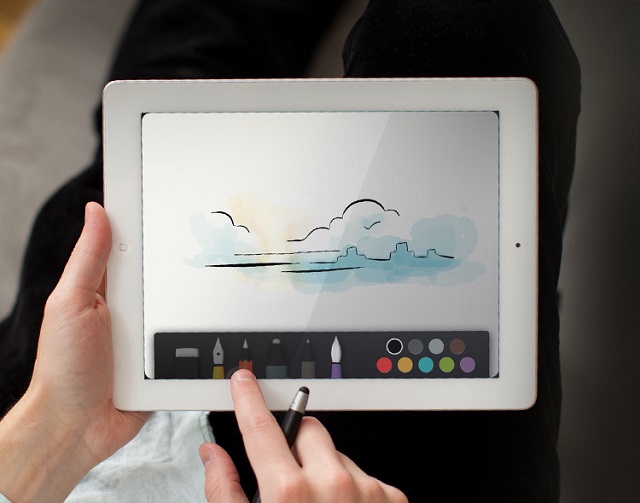 Paper is a fantastic app developed by a team who were once tied to Microsoft and its development of a dual-screen digital notebook. The idea is to be able to create virtually anything you would be able to do on a real piece of paper.

Once the app is opened, you are presented with a display of your previously saved work. Opening a new ‘paper’ brings up a series of options at the bottom of the screen, offering a range of colours and five main drawing tools: a fountain pen, pencil, ballpoint, marker, and watercolour paintbrush.

The great thing here is that you can purchase additional tools to work alongside each drawing tool for $1.99 each. Each tool behaves differently to the next, so that the user has a more realistic experience.

Another great feature becomes apparent when you make a mistake. Unlike other apps, in which you have an eraser to correct a fault, the ‘rewind’ function (activated by placing two fingers on the screen and twisting anti clockwise) removes the most recent stroke made. This can be repeated for the last 20 strokes. If only that could be done with mistakes in real life!

And of course the app wouldn’t be complete without the ability to share your final masterpiece via Tumblr, Facebook, and Twitter, which can all be done relatively easily. Unfortunately, this app is only available on iPad, which is a shame for the growing number of people who use Android tablets. However, there are other high-quality apps that are Android-compatible, thankfully. 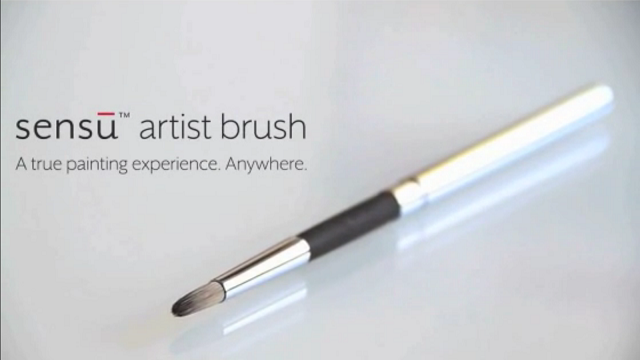 The Sensu Brush tackles digital art from a different angle and is aimed at those who are more serious about their painting. The Sensu Brush does not work with a single app like other designs, but can work with a variety of different apps. This stylus looks like a real paintbrush, and connects with the tablet’s screen to give the feeling of real life painting.

When you’re on the move and when you might not want to paint, the other end of the paintbrush is a rubber tipped digital stylus, which can be used for sketching, writing or simply as a tablet navigation tool. Due to its simple design it works with a number of devices including the iPhone, iPad,a variety of Android tablets, and even the Kindle Fire.

To say that these tools and apps will eventually replace real life painting is perhaps going a step too far. But what they do offer is a very realistic virtual option, which can be done anywhere, quickly shared with friends and family and without the usual mess.