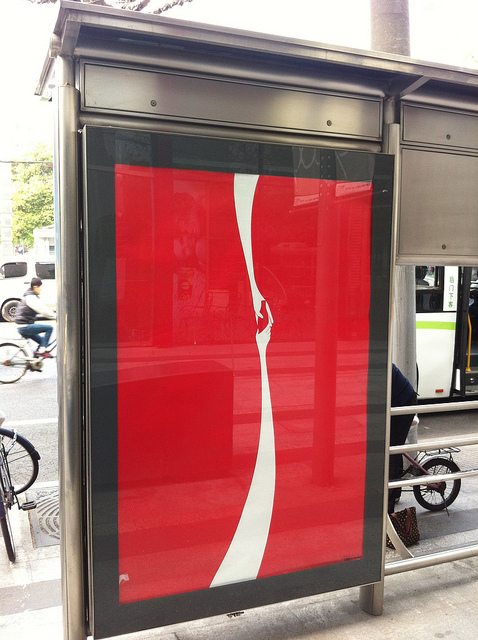 You probably  haven’t heard of Jonathan Mak, a 20 year old student from Hong Kong, but you will have seen his work.

Around 6 months ago, when Apple CEO Steve Jobs passed away, Mak edited the standard Apple logo to show a silhouette of Jobs instead of the ‘bite’ in the Apple. The image went very viral, even being used by Twitter celebrity Ashton Kutcher as his profile picture for a few days.

Earlier this year, Jonathan was offered the chance to create a poster for Coca-Cola’s advertising campaign in Shanghai. The young designer hasn’t disappointed, producing a poster with the same minimal and simple appeal the Steve Jobs image had, but pouring the life and happiness that Coca-Cola advertise in with it.

Visit Mak’s tumblr to see his Coca-Cola project, as well as a number of other great creations.