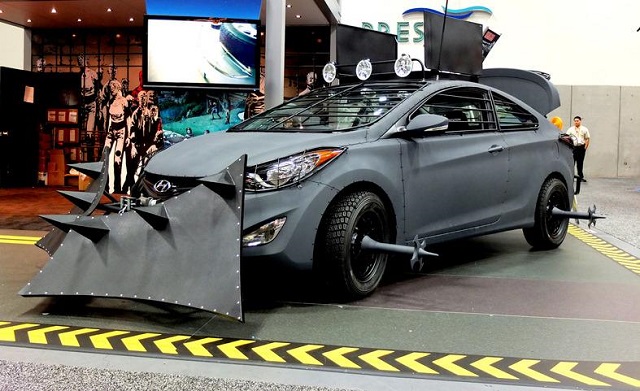 In the event of a zombie apocalypse, your’e going to want to be prepared. It’s one thing to have a safe house and some supplies, but all that will be pointless if you don’t have a vehicle to transport yourself to safety.

Luckily, Hyundai have answered this increasingly common problem and have revealed the world’s first zombie-proof car, complete with a battering ram and a whole bunch of spiky things. This car isn’t a getaway vehicle, it’s an attacker. In this, you’ll want to handbrake turn to face the zombie horde and mow them down.

Of course, I’m messing. Hyundai have actually revealed this car to coincide with the release of the 100th edition of the Walking Dead comic. The idea of the car was actually the vision of Robert Kirkman, creator and writer of The Walking Dead.

Unless something goes seriously wrong in the world, don’t expect to see this car on the road any time soon.

Google ‘Handwrite’ Wants You To Write, Not Type

War is Helvetica, A Battle of Typefaces