To summarise, Apple have won….mostly. 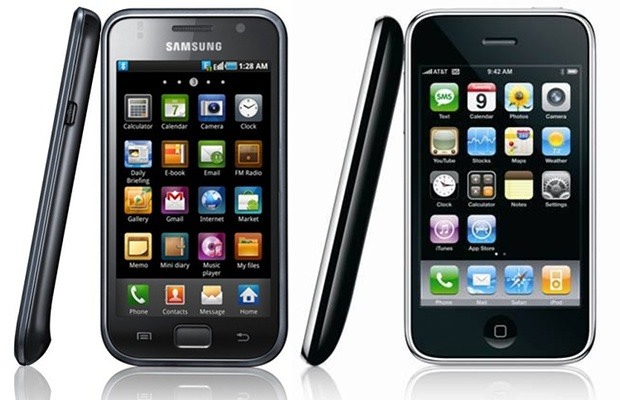 If you have the slightest interest in technology, you’ll be more than aware of the legal battle that has been raging on between Apple and Samsung over thoughts that both companies infringed on the other’s patents on certain mainstream products, including the iPhone and Samsung Galaxy series.

Apple began the attack against Samsung with the belief that the Korean company copied both hardware and software patents filed by Apple. Samsung then counter-sued the Californian based company, and today the results are in.

While the final details are still coming through, early reports out of the courtroom say that Apple have basically won a huge majority of the complaints they were filing. Samsung have had all their claims rejected by the jury, meaning that they will get none of the compensation they believe they were entitled to. Samsung have been ordered to pay just over a whopping $1 billion  for patents the jury believe were infringed upon, however Apple did originally ask for over $2 billion. This amount has been reached after combining the individual infringements in the Samsung products in question, however we’re still unsure as to which specific devices are the culprits. Samsung’s tablets do not infringe on the iPad’s design patents.

Both companies have issued statements regarding the conclusion of the trial;

Today’s verdict should not be viewed as a win for Apple, but as a loss for the American consumer. It will lead to fewer choices, less innovation, and potentially higher prices. It is unfortunate that patent law can be manipulated to give one company a monopoly over rectangles with rounded corners, or technology that is being improved every day by Samsung and other companies. Consumers have the right to choices, and they know what they are buying when they purchase Samsung products. This is not the final word in this case or in battles being waged in courts and tribunals around the world, some of which have already rejected many of Apple’s claims. Samsung will continue to innovate and offer choices for the consumer. – Samsung

We are grateful to the jury for their service and for investing the time to listen to our story and we were thrilled to be able to finally tell it. The mountain of evidence presented during the trail showed that Samsung’s copying went far deeper than even we knew. The lawsuits between Apple and Samsung were about much more than patents or money. They were about values. At Apple, we value originality and innovation and pour our lives into making the best products on earth. We make these products to delight our customers, not for our competitors to flagrantly copy. We applaud the court for finding Samsung’s behavior willful and for sending a loud and clear message that stealing isn’t right. – Apple

Despite being a fan of both companies and the products they produce, I’ve had no doubt since the beginning of the trial that Apple would come out the victor. Samsung have clearly taken more than just inspiration from Apple’s designs, this is especially noticeable when you compare Samsung’s creations before the iPhone’s reveal with the products made after. Still, Samsung are very capable of creating brilliant products, I just hope this trial doesn’t damage them too badly.