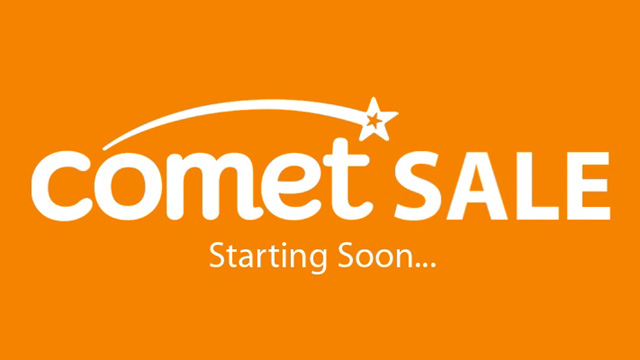 Today marked the day of the Comet Fire Sale, an attempt to salvage some money for the struggling UK technology retailer. The sale had been heavily advertised all over the official Comet website, as well as gaining some promotion through high profile websites such as Gizmodo. But it would appear the sale isn’t all it’s cracked up to be.

As reported by Sky News and the Daily Mail, the Comet Sale has disappointed shoppers who turned up early to grab the bargains while they lasted, when they found that the discounts were a lot lower than previously expected.

Today I visited my local Comet store to find that the angry people slating the sale on Twitter were exactly right. While cheaper products like phone accessories have been marked 30% off, more expensive products like TVs, Laptops and Tablets have only been reduced by 10%. Hardly the incredible sale everybody was hoping for.

It’s also worth noting that, due to the promotion of the sale, most Comet stores look like they have been hit by a bomb. Seriously. Items weren’t where they should be, lights were flickering and for some reason there were twigs and leaves on the floor.