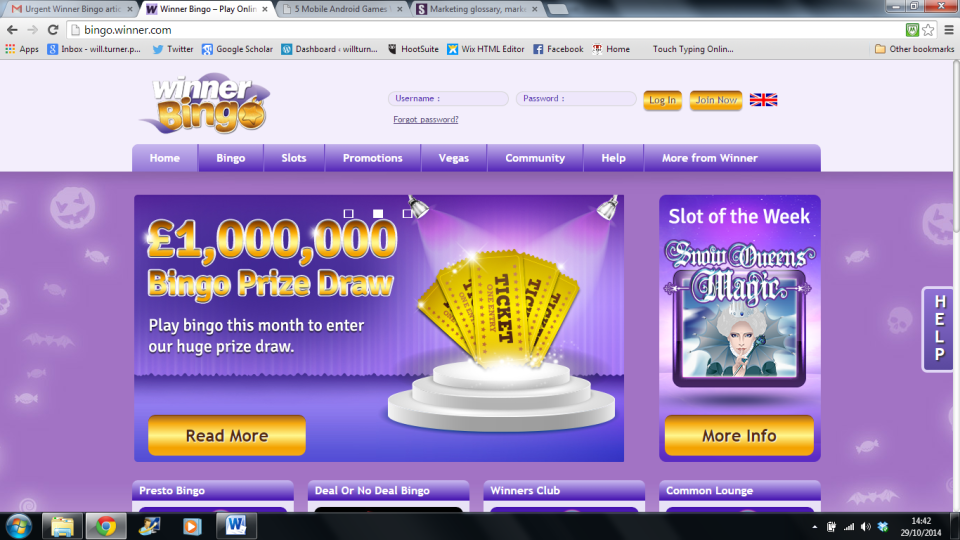 Geeks in denial tend to work in marketing – which sounds like it should be flighty and creative but it’s not. Marketing is 100% about data; and everybody knows geeks need data like fish need water. Marketing geeks immerse themselves in rapturous floods of Demographics, econometrics, CTRs, and SEOs; they measure CRM in CPT and steer e-PR by TGI. Numbers, number, numbers, it’s always about the constant flow of acronyms and numbers.

But here’s the thing. For all the science and the data some marketing still works better than others, and sometimes no-one knows quite why.

Why should meerkats be good for selling car insurance? Why is fruit good for IT? What has a magic snow queen got to do with bingo?

Here is a case in point. Winner Bingo is one of the fastest growing websites of its type. It offers number-based games of chance to players with the possibility of cash returns. Its webpage is explicit about this and suggest that as much as £1 million could be won. This is a rational and logical appeal to the interests of its potential users. Research data would have pointed in this direction. 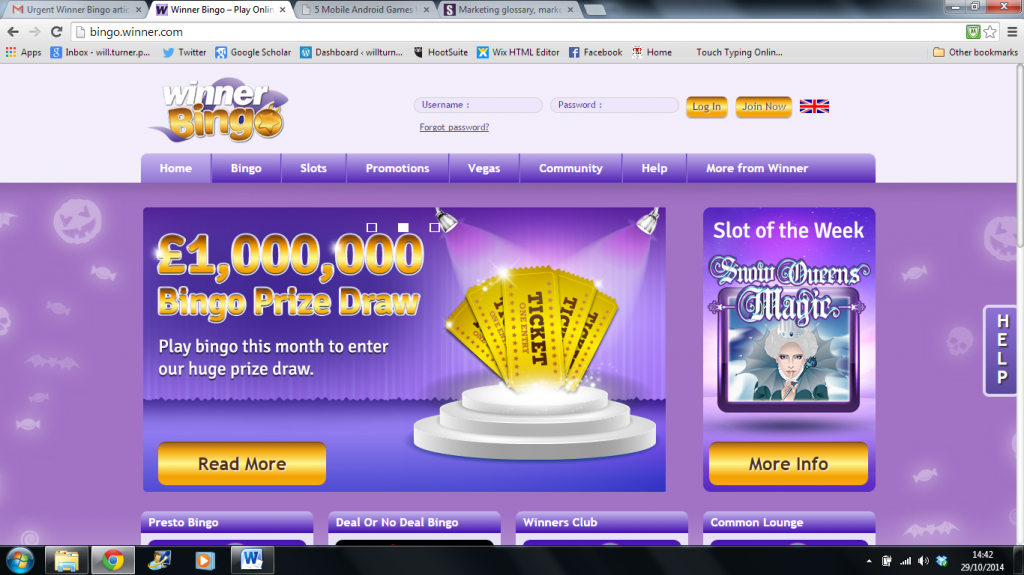 So why the snow Queen? Who at any point said anything about a snow queen?

But it’s not just the snow queen. If you are unmoved by Her Royal Snowiness there are plenty of bingo games from Winner Bingo which are centred around completely different themes; there’s Hallowe’n, Deal or No Deal, Marine Mayhem and countless others. Some of these defy any rational explanation whereas others relate to things which are topical or seasonal.

Yes, they are all slightly Kitsch in a mock primitive cartoon-style, and yes they all carry enthusiastic calls to action – ‘play now’ – in bright and uplifting colours. So playfulness and immediacy and reassurance and familiarity are all bundled together as part of a package. But is this really what the marketing geeks have generated on the basis of their extensive qualitative and quantitative market queries? Have they factored in three percent positivity for a postmodern shade and a five per cent margin on the Snow Queen’s crown?

There is no formula for this.

And this is a Steve Jobs infused, geek shaped crisis. Customers like some strange stuff. Marmite would not exist if it had been tested in a scientific research setting. Instead it would be – rightly – banned under the Geneva convention; the Volkswagon Camper van would have been sent back to the factory for a decent engine… you get the picture. But these car-crash successes lead to some important and revealing questions.

Question: Why is Winner Bingo doing such great business?

Answer: Because they do.

Question: Who could have predicted that?

Geeks in marketing frequently find themselves in danger of being outed by this implacable market logic. Their solution is brilliantly conceived and ruthlessly pursued. It is the highpoint of their geekiness and a lesson to us all. What do they do?

It is a perfectly self-sustaining spin – a reverse Catch 22. But the truth is that as in bingo, so in marketing – sometimes the right numbers just don’t come up.

The Evolution of the Security Landscape