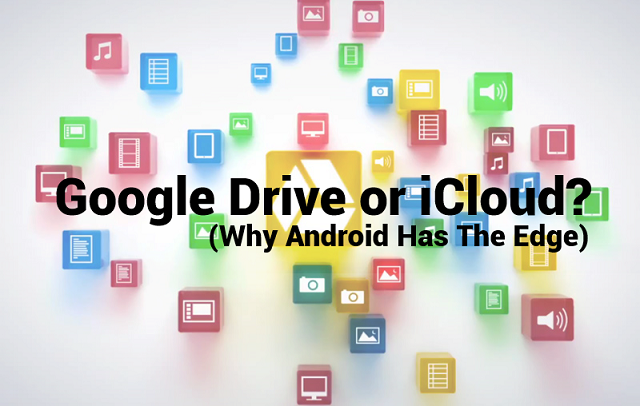 (GUEST POST) Both Google and Apple have been intently focused on polishing up their cloud ecosystems. But which one at this early stage looks to be coming out on top? This author thinks Google has the edge. Why?

Put simply, the reason is this; Apple have attempted, in their inimitable style, to hide the backend of cloud functionality from the end user. That is, their whole ecosystem is designed to be accessed directly through the apps that the user is using. If you want your contacts to be synchronised across multiple devices, you access the Contacts app on each. Likewise your calendars, through the Calendar (formerly iCal) app. Getting to the ‘actual’ database that holds your information is a somewhat perilous process: sure, you can log in through a web browser, but even then the main iCloud page is presented as a series of iOS-like apps. Apple would like you to forget that your data is centrally stored and pushed to your devices in turn. They would like you to think the whole process is magic.

And that’s a really valiant quest. But the problem exists when things go wrong – when messages about ‘conflicts’ are presented, or your contacts doesn’t update neatly. Then, the magic is broken – and there’s nowhere to turn for a ‘hard copy’ of your data.

Google, on the other hand, has established its ecosystem with a little more user intervention in place. Using Chrome (and who doesn’t, these days?) or any other browser, you can access the ‘storage location’ for your information as it is. They’re not shady about the fact that your Google ID homepage is the place that all your info gets pushed from. And that makes the whole process – including riding over the inevitable humps in the road – a great deal more transparent.

This apps-and-browser marriage is uniquely Google’s. While it offers a host of ways to access data – even via app-like extensions in Chrome that turn your browser in to a kind of mini-Operating System – you know where it’s all based. That’s a big relief for those who are still mildly distrustful of cloud services (for me, a great deal of which was instilled by Apple’s MobileMe debacle).

Let’s take this down to an example. Imagine you have two tablet devices: an iPad, and an Android tablet (such as a Lenovo ThinkPad, which I have). If you update a contact on your iPad, it’s pushed to the cloud and then to all of your devices. But Apple don’t want you to think about that. They wish to give the impression that the cloud is a non-existent intermediary stage. But let’s say that contact doesn’t update.

Go to our Android tablet, and let’s try the same thing. I update a contact in my Contacts library, and that info is pushed to the cloud, then subsequently to other devices to which I have assigned my Google ID. Let’s say that doesn’t happen, either.

Where do I go to see what’s gone wrong? Well, on the Android device I can go to the browser, boot up my Google ID page, and see if the contact has been added. If not, I can get clear guidance to punch in the contact myself, or figure out why they’re not talking to each other. On the iPad, I can head over to icloud.com, and then use the Contacts app to see if the contact has appeared there. But it’s harder to find a guide worded simply that will tell you what’s actually gone wrong. And if you are slightly technically-minded, like me, that’s infuriating. It’s almost as if the iCloud help tries to hide the fact that iCloud exists as an entity in its own right for the purposes of troubleshooting. So, I can find a list of solutions, but little guidance as to what’s out of place. It’s frustrating. And, for more complex matters, it’s nice to have a fully-featured, browser-built location I can go to fix all my cloud woes. And that’s why Android has the edge in its cloud suite, right now.

Being An Extra on the Set of jOBS