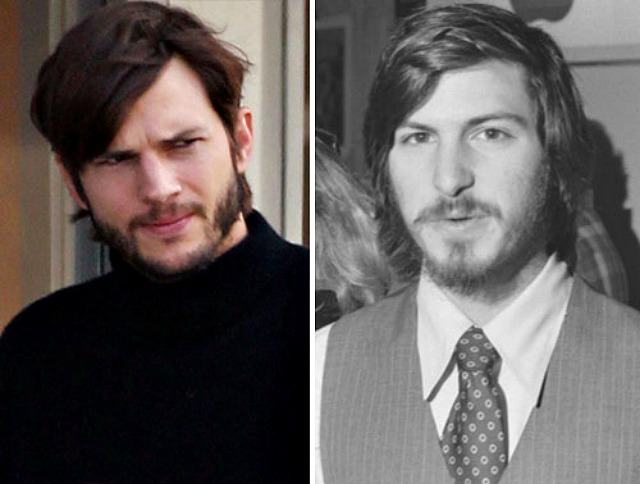 Since Steve Jobs unfortunately passed away late last year, writers, bloggers, directors and producers have been hard at work to grab any penny possible using the story of the late Apple CEO’s life. One such product is jOBS, a low budget film being filmed right now which focuses on the earlier years of Jobs’ time at Apple.

The film has been under quite a bit of scrutiny due to the fact that it stars Ashton Kutcher as the lead character, an actor who is well known for his performances in comedies such as ‘Dude, Where’s my Car?’, not really the film Apple fanatics wanted to see on the resumé of the person to play the person who is arguably responsible for changing the way we communicate and listen to music.

One website which has been noted for attacking the biopic is Gizmodo, a website which has complained about everything from the name of the movie to the person play the main man. But when Gizmodo writer ‘Cord Jefferson’ was invited to go along to the film and be an extra, it marked an excellent opportunity for the website to gain an insight look, and maybe kill some of the worries they had about the film.

Here is the concluding and summarising paragraph taken from the report;

“On my drive home, I have a hard time figuring out just what the hell I’m expected to take away from a day as an extra on the Jobs set. Is the movie going to suck? I don’t know. I know from my four-minute chat with Kutcher that he’s attempting to take this project very seriously, doing painstaking research on Jobs’ life and Apple’s history. I also know, however, that the budget for Jobs is comparatively low, and that it is in direct competition with another Steve Jobs movie, to be penned by Hollywood heavyweight Aaron Sorkin. Both of those things, coupled with the fact that many people don’t believe Kutcher can cut it as a “serious” actor, do not bode well for Jobs’ ultimate success. Still, there was a time when people thought Apple would fail, too.”

Read the full report over at Gizmodo, it’s definitely worth a read.

Google Drive or iCloud: Why Android Has The Edge