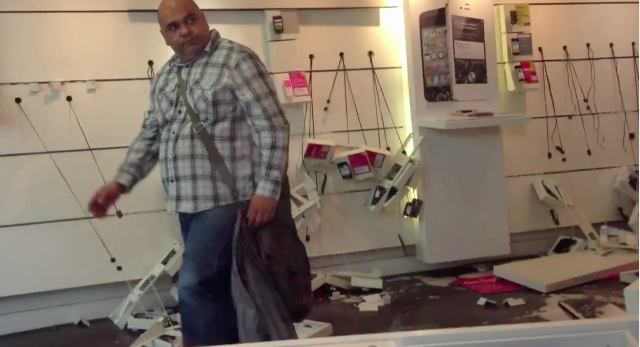 The video was uploaded earlier this week, and has already gained over 1million views. The beginning of the destruction isn’t filmed, so we have absolutely no clue as to why the man decided to carry out this attack. When I saw the title of the video, I assumed that a man had ran in and began to smash things up, taking everybody by surprise. However it’s a lot calmer than that. He simply starts smashing things off the wall and removing fire extinguishers and throwing them, all while a confused sales assistant stands in the corner telephoning for help.