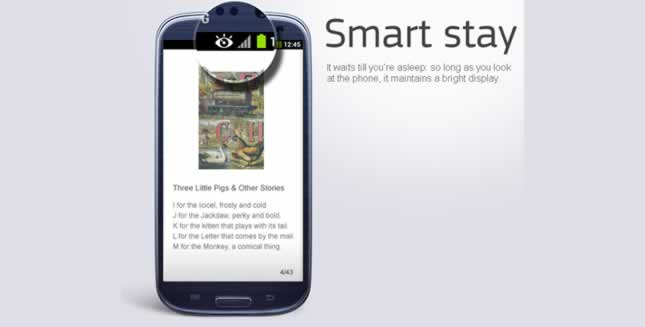 The Samsung Galaxy SIII is one of the most highly anticipated Android phones of the year, mostly as a result of to ‘ground breaking’ features such as ‘Smart Stay’, a feature which sleeps when you look away.

Until now, has only been available to SIII owners. Even the ever-so-reliable people over at XDA developers struggle to port it, as it relies on the Samsung (TouchWiz) framework. But now, through the use of a simple application, the feature has been made available for any Android owner.

ISeeYou is an application available on the Google Play Store which offers the same appealing feature as Smart Stay. I haven’t had a chance to try it out completely yet, however the small amount of reviews on the store seem pretty positive.

ISeeYou is a free application, however a paid version is available with some extra settings.

My Week With Android Jelly Bean