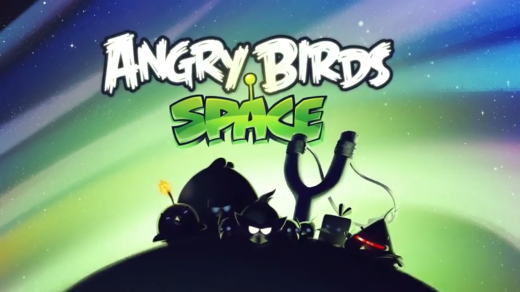 The Birds are back in town, looking better than ever.

The first Angry Birds became a worldwide sensation, with a combined 500 million downloads across the globe. With both critical and user acclaim, Angry Birds is one of the hottest franchises out there. Now, with Angry Birds Space, Finnish game developer Rovio is hoping to achieve the same kind of hit. Angry Birds Space succeeds on many levels, updating the classic gameplay and still retaining the depth that makes its puzzles fast and fun.

For the most part, Angry Birds Space does not stray too far away from its roots. Puzzles still involve hunting down green pigs with birds who are quite perturbed. There are a variety of different birds and depending on the level you’ll be given a different roster. There are birds that explode, birds that freeze objects and birds that split into three, just to name a few. What’s new here is the gravity mechanic. Planets now have a center of gravity, which will cause your bird to arc around it until the bird hits an object. This can be used to appear around obstacles and try a different approach, when can be useful when trying to three star some of these levels. The levels can present quite a challenge at times.

Space comes with 60 levels in the package, and the promise of more content through future patches and in-app purchases. Speaking of in-app purchases, those helpful Eagles from the first game return as Space Eagles. You’ll get a pretty limited number throughout the game, and more can be bought through the store. It’s a little disappointing to see a gameplay element bottlenecked by in-app purchases. Aside from the Space Eagles, the content does not disappoint, and there is plenty of it. Especially if you want to perfect all of the levels. The game looks nice and runs smoothly, as should be expected. Sound effects are comical and the music complements the atmosphere nicely. Though, most of the time will probably be spent with the sound off. Classrooms and meetings have yet another foe to contend with. The Angry Birds are back, and if Space is any indication, they’ll be here to stay for a while to come.