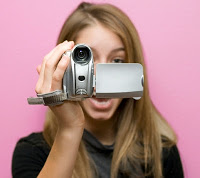 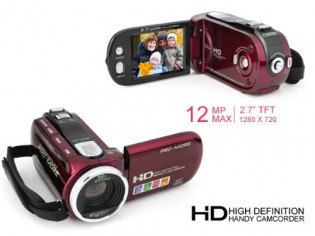 One Lucky reader of Geeks Have Landed will win a 12.0 MP HD Digital Video Camcorder worth £80. (Courtesy of Ladbrokes)

Ladbrokes are launching a new TV advertisement called ‘Oddsfather Multisport’ as a play on the Godfather movies.  The TV advert shows ‘The Oddsfather’ inspired by Don Vito Corleone ‘The Godfather’ sitting in an armchair wearing a Ladbrokes pinky ring and moodily stroking a pet hedgehog, granting punters great odds and offers for their favourite sporting events.

To support this new campaign we would like to arrange a competition on geekshavelanded.com called ‘Make a scene’, where you will use your talent to create your favourite movie scene with the help of photos or video.

You can use your mobile a camera or a video camera to take a picture/film of you and your friends or family recreating a scene from your favourite film, and one of these entries will definitely win a 12.0 MP Digital Video Camcorder worth £80. (See full details of the prize) 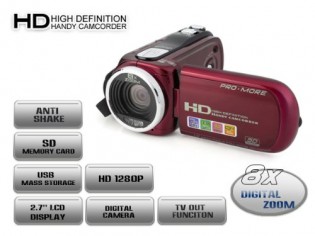 The winner will have their winning picture/movie featured on the geekshavelanded.com website our Facebook Page and Twitter Feed with a link back to your Twitter/Facebook Page or Website if you have one and want us to do that as an extra bonus. (great if you want an extra boost for your profile)

To make this as easy as possible to enter you can send your photo/film to us via Twitter, Facebook or Email using the following links:

Ladbrokes have launched a platform called The Ladbrokes Vegas Platform (Launched in partnership with leading games developer Playtech), this platform will initially host over 70 online games, with more to follow, suitable for either desktop or mobile device to accommodate gamers on the go.

The most appealing aspect of the new Ladbrokes Vegas suite is that its games can all be played for free so that prospective players can try before they buy into the action.

One of the major tie-ins of the Ladbrokes Suite comes courtesy of Marvel Comics, who have supplied many of the site’s most-played games to date. With games featuring the likes of Captain America, The Incredible Hulk and Iron Man, fans of the recent comic book boom are very much catered for.

Other big names to make an appearance include Frankie Dettori, who lends his likeness to a horse-racing game called Magic Seven, while hit TV series The Sopranos also contributes their tough-talking atmosphere to provide an edge for those players who like to play gritty.

So get thinking about your favourite film, a scene you can re-create and send them to us on one of the links above.

Do you want to set up your own online business – Then this amazing FREE training is a must !