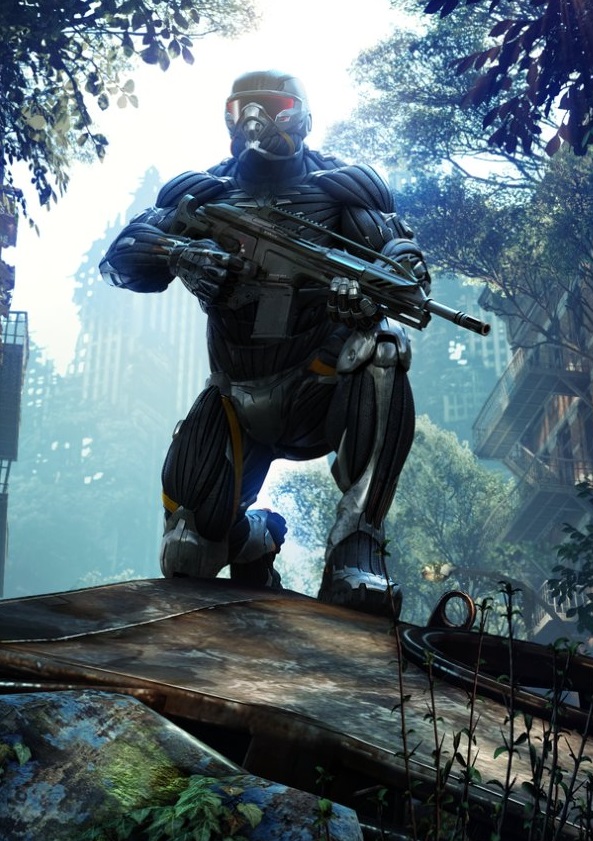 Here on Geeks Have Landed, I have tried to keep away from the gaming articles. They often lack the style and presentation abilities that I look to go for on the site. However, I have decided that instead of being tempted to do gaming news etc, I will occasionally post articles highlighting the game, kind of  like a showcase. After I mention the game once, I doubt it will be mentioned here again, unless I decide to do video game reviews later down the line.

This is the first (of hopefully many) showcase articles I intend to write, this one focusing on the recently revealed Crysis 3. 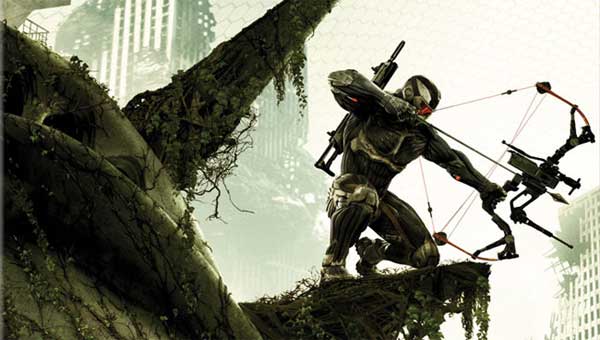 By now, most of us are aware of how the game was revealed. Heck, 2-3 weeks ago we had just about no idea that there would be a third instalment, especially as it’s predecessor was released just over a year ago. Crysis 3 made it’s first appearance the the public in the form of a banner on Origin, EA’s own gaming network. An odd place for a title to be leaked, but this remains the case and shortly after, EA confirmed the upcoming title.

So what can we expect from the game? Well, CROSSBOW! That’s what the hype seems to be around right now. In the last two games, you character was bound to boring old guns and melee, with the occasional  joy of throwing a car or massive baked goods at the enemy. But in the third instalment, the protagonist’s main weapon would appear to be a crossbow, and a beastly one at that.

Early gameplay footage of the game shows that guns will be similar to the ones in Crysis 3, loud and with advanced scopes and attachments to make it feel like you really are in the near future.

Another feature which remains from the previous title is the setting – New York City, with one major difference being that it’s now covered in a jungle environment. The first Crysis was in a jungle, the second in New York, now Crytek have combined the two to make one super awesome looking jungle/city environment. Why has the city been transformed you say? Well the official story (on EA’s website) reveals that the city has been encased in a giant dome (do’h), and within it is 7 distinct environments.

Crytek have been pretty open about what to expect out of Crysis 3, something which is quite surprising this early on in the reveal. They have even listed the basic plot, read below;

There was a time that you had compatriots. You had team mates who you trusted with your life. It wasn’t so long ago that you were fighting for your country and the human race. Now you fight for the fallen. Now you get your revenge.

In the wake of the alien invasion, New York lies covered by a giant nanodome, hidden from the rest of the world A secretive military faction has set up shop in the ruins of the city. What do they want? Who are they? What have they found? Uncover their true motives and bring them down from the inside out. But as bad as they might be, they might be the least of your worries. The extraterrestrial threat still looms large over New York. The last time humanity tangled with this enemy they caught us with our guard down, but this time we’re ready. Stalk the canyons of the abandoned, ruined city in relentless pursuit of your prey.

This time we hunt them.

The graphics are certainly something that is going to be the main talking point in Crysis 3. Although they haven’t changed much since the previous Crysis, it’s still a game which other games are struggling to beat graphically, at least on console. By now you are probably beginning to realise that I have mentioned that there is a lot of things similar to the previous Crysis. This is because, after viewing the gameplay trailer, it looks like not a lot has changed. The gameplay seems the same, the graphics seem hardly improved, and it’s more of a follow up story than a brand new game. That said, this excites me. I loved the Crysis 2 campaign, and was disappointed when I completed it. To think that Crytek have expanded the story with the same amazing gameplay is something which I greatly look forward to playing.

Crysis 3 is due for release in Spring 2013, and we can expect to see a lot more gameplay footage until then. I won’t be doing any more articles on this particular game, but I will be giving my thoughts on new trailers on our Twitter page.