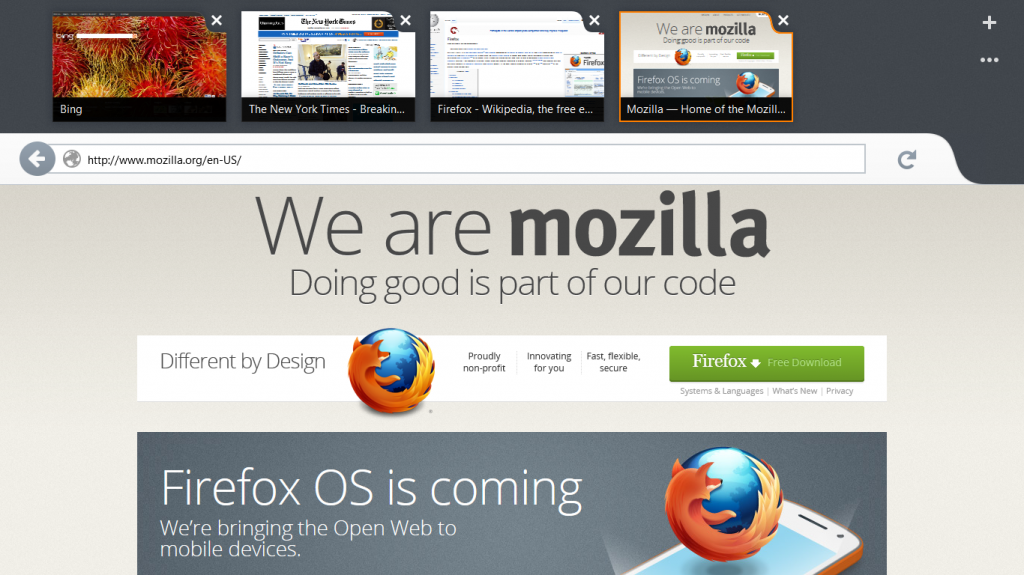 Windows 8 is only a few weeks away from launch, but a lot of companies are still struggling to release their dedicated applications in time. Google were able to release the early versions of Chrome months ago, so we can be assured that there will be a working build in time for the new operating system’s release at the end of the month. Mozilla have just released a preview version of their browser ‘Firefox’ for users of the Windows 8 preview builds.

The new look is clearly optimized for touch screen interfaces, it looks like a larger version of the mobile and tablet Firefox applications which are already available on the market. It looks to work in a similar way to the default Internet Explorer on Windows 8, with the tabs only showing once the user has prompted them to appear, presumably with a right click on mouse.

Windows 8: Get Your Google Back