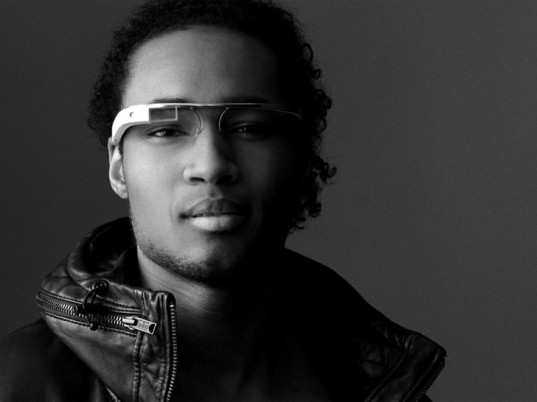 Earlier this week, Google announced Project Glass, which aims to bring a new form of augmented reality and build it right into your glasses, staying with you throughout the day. It’s had a lot of media attention and hype surrounding it since a video was released on YouTube showing Google’s plans, which is great. But I’d like to share my thoughts.

I’m all for the progress of technology. I have a friend (he knows who he is) who believes that technology can’t progress any further, that we’ve hit the most advanced point in technology and that things are so smart, there is no way it can get any better. To this, I show him the original iPhone announcement in 2007, where the audience let out a small cheer at the sight of Steve Jobs scrolling through music, something we think of as a standard feature in modern phones. That was a mere 5 years ago, and phones have increased in design and features a HUGE amount.

I bring this up because, while I am a firm believer that technology is increasing in quality almost every day, the ‘Project Glass’ proposed by Google might just be taking things a little too far. I’d hate to be the one to ruin the party, but it seems that people are getting extremely hyped up for something which, according to how technology is currently progressing, would take at least 10 years to become believable.

Google know what they are doing, which is why I find it quite surprising that they decided to release this video. They haven’t mentioned any year, decade or century they envision this launching, but based on the icons used and the locations seen in the video, it appears they might want this to come sooner than later. For a while, I was under the impression that this was a rather late April Fools joke, one that’s slightly less funny than the numerous pranks they pulled this year.

To me, it seems like an almost exact replica project to what we saw back in 2009 from Nokia. The video below was released by the Research Labs there, and since the upload we have heard next to nothing. The difference behind the two videos being that Nokia listed the project as a ‘vision’, whereas Google claim they are working on it.

Now let me share my thoughts on what I think about the product, if it was to release to the general public. Well, firstly it would be amazing. Even the idea of Project Glass just oozes sci-fi style technology, and to have that in our everyday lives, would be pretty amazing.

That being said, we have to look at how it would affect our lives. Just because it gets released doesn’t mean it will become an essential part of our lives like the video depicts. In fact a few hours of searching forums around the internet gives me the impression that most people are uneasy about having the interactivity with them for so long during the day. I’m not so sure on why people think this way. The general view is that they are horrified by Google watching them as they live their lives. If that was how the product would work, it would struggle to be launched, or at least would be met with its fair share of criticism upon its release. So I’m not too bothered about the impact this would have, after all, I don’t think Google will be able to do much with the information that I do nothing everyday :).

Now how often would it be used? Google, as shown in the video, think it will be used just about all the time. I can’t really comment on this until we know when it will be released. One of the key points of the product is that you can share just about everything you do with people in your circles on Google+. Now staying away from the idea of Google+ not being a huge social network just yet, the product could be released in a time when social networks have come and gone, and been replaced by something completely different. At the moment, the idea of social networks dying out is an extremely difficult idea to swallow, but there is always something around the corner which will either change the way social networks work, or will end them completely.

So in my eyes, the glasses won’t be used for sharing to social networks. And this could be a good thing. Maybe the iPhone auto-corrects of the future will be that you accidentally uploaded your day for all of your friends to see. It’s just an idea, but with the small information about the glasses we have, anything like this is possible. Don’t forget that it also can be a very big privacy threat, as it seems like you could take a photo of just about anything or anybody and save it, without that person knowing. It’s slightly less obvious than taking out a camera.

I’m in no doubt that using the glasses to find the location of your friends, send and receive texts and video call people is a very exciting idea. But surely this makes it more of a gimmick? In sci-fi films, items similar to the glasses are used all the time. But in reality they would only be able to do what a mobile already does, only in a smaller and slightly more nerdy looking form.

To me, it seems like an almost exact replica project to what we saw back in 2009 from Nokia. The video below was released by the Research Labs there, and since the upload we have heard next to nothing. The difference behind the two videos being that Nokia listed the project as a ‘vision’, whereas Google claim they are working on it.

I do hope this product is released, and I hope it is sooner rather than later. However being realistic, I can’t see this happening in the next 10-15 years.

What do you think? Please let me know in the comments below.