Apple’s newest iPod nano is the best looking one yet!

For the first time, the nano has a home button, just like the iPhone, iPod touch and iPad. It comes in 7 different colours, has widescreen video and has a built in fitness pedometer.

It also comes with bluetooth so that you can connect it to your car speaker or home speaker without the need for lots of cables. However, if you like cables, it comes with Apple’s new Lightning connector. 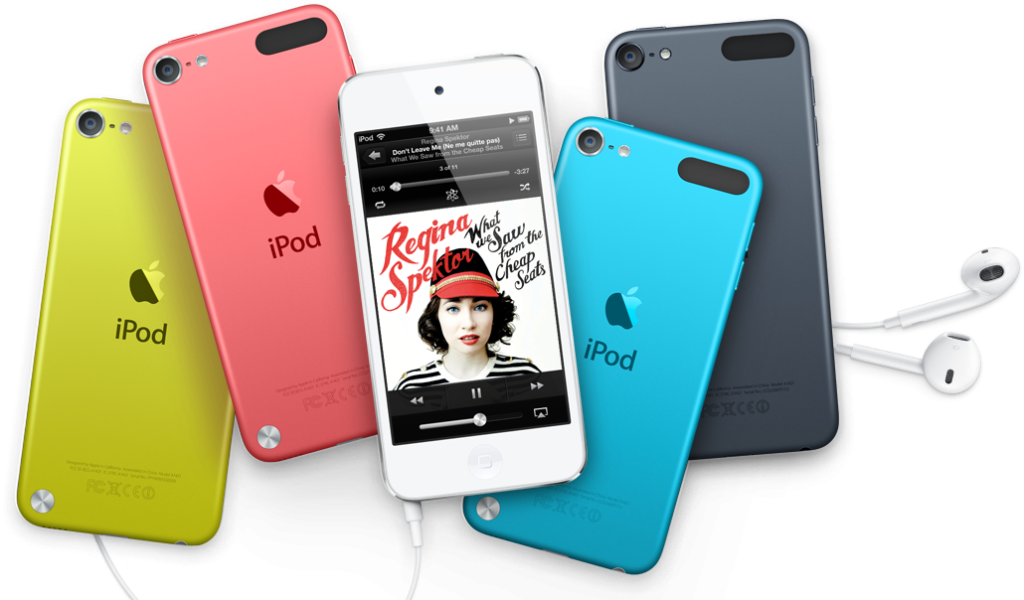 Apple have also revealed the 5th generation of the iPod touch. It has the same screen as the iPhone 5 meaning it is a lot taller making room for that 5th row of icons. It’s a lot thinner at 6.1mm and is a lot lighter at 88 grams. With the new A5 chip in the iPod touch, it just got a whole lot quicker.

The camera has also received a huge update as well. It has the iSight camera which comes with the iPhone 5, however the images are only taken at a maximum of 5 megapixel compared to the iPhone 5’s 8MP. It has a HD FaceTime camera with 720p recording and face detection.

The new iPod touch also has Siri, the voice assistant which initially launched on the iPhone 4S last year.

In a somewhat Anti-Apple move by Apple, the new iPod touch comes in 5 colours. White, Black, Blue, Yellow and Red. Previously iPod touch only came in black and white.

The Boast Sound Reflector for iPad