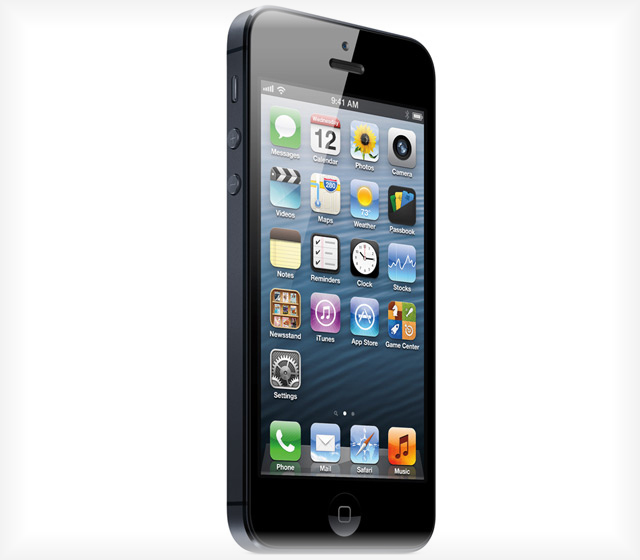 After months of speculation, rumors and mock-ups, it’s finally time to see the iPhone 5.

Right off the bat, the iPhone 5 looks similar to the previous renditions of one of the most iconic phones of all time. This generation is 18% thinner and 20% lighter, made entirely out of aluminium and glass.

Sporting a 4inch screen, a lot taller than the previous models. Apple say they did this so that there is enough room for your hand at the bottom of the phone while typing, so that the keyboard doesn’t take up almost all of the screen. The new screen size also means that they have decided to add an extra row of icons in the iOS 6 coming on the iPhone 5.

All of Apple’s software has been updated to accomodate the larger screen, including iPhoto, iMovie, Pages, Keynote and the rest of the Apple apps. Applications that haven’t been updated will stay the same size that they ever have, with black borders each side. Of course, the big players in the app world will quickly update their apps so that it fits on the entire screen, some will even use that space to their advantage for a better user experience. Some, like CNN, have already done this. 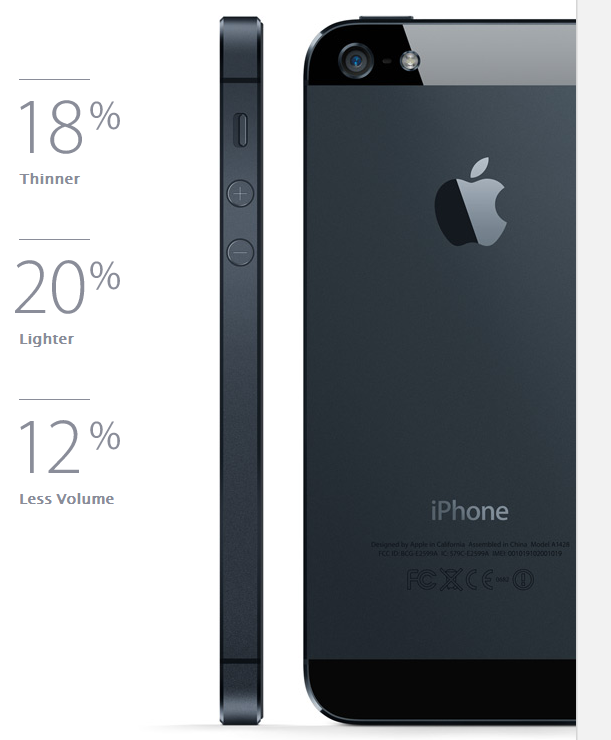 Videos can now play in widescreen mode on the iPhone without any black bars on the side, brilliant for dynamic movie watching.

Wireless technology in the iPhone has been improved as well. Now with LTE, the iPhone will connect to the outside world a whole lot faster. The Wi-Fi connection should also receive a huge boost as well. All this is done on Apple’s new A6 chip, which is two times faster than the A5 but 22% smaller.

With the new chip, the iPhone 5’s graphics are said to be unlike any other phone out there. EA Executive Producer Rob Murray came on stage to demonstrate Real Racing 3 with ‘full console quality‘.

Below is an image taken from The Verge’s live stream. Look, you can actually see the other car in the rear-view mirror. I’ve never seen that on a handheld device! 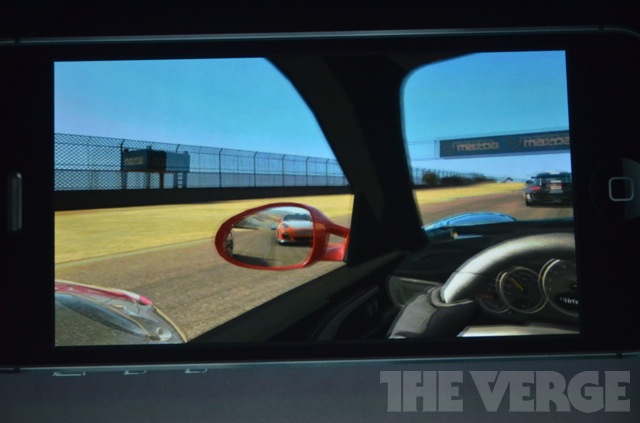 With such amazing graphics on a higher quality and larger screen, you’d think the battery life would show signs of ageing. However the battery life is actually better than ever before, with 225 hours of Standby.

Now to the camera, which has an 8 megapixel sensor with a ‘dynamic low light mode’ and ‘precision lens alignment’ made with Sapphire crystal. The new camera does really look quite brilliant, the new A6 processor means that photos are taken 40% quicker than before.

A ‘new’ feature on the iPhone 5’s camera is called ‘panorama’. Yes, they actually called that feature new, it’s been on phones for ages. However it does create 28 megapixel panoramic shots which is extremely impressive. 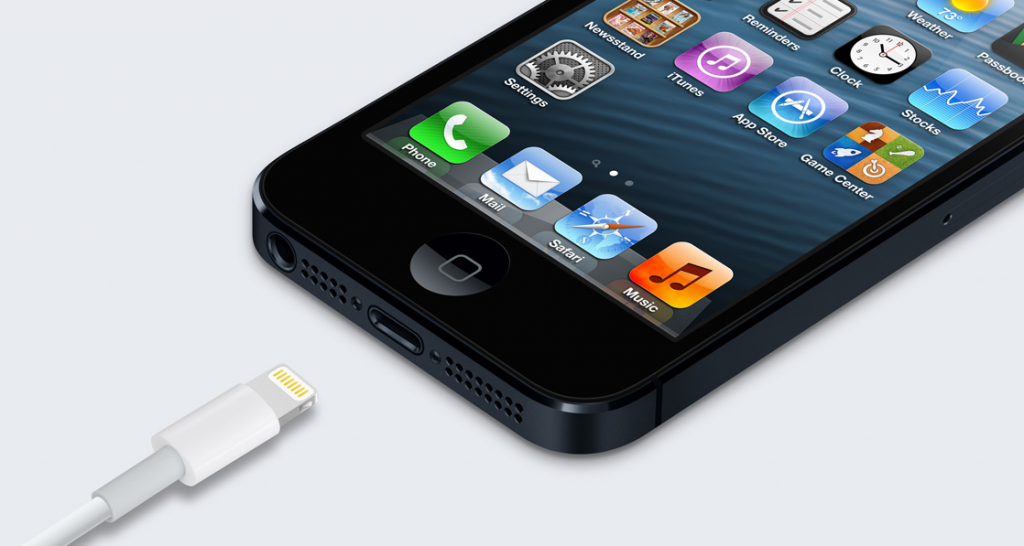 The iPhone 5 has three microphones, one on the top, one on the bottom and one on the back. The new speaker has an improved design and is 20% smaller than the iPhone 4S.

For a long time, a new pin connector was rumored. Those rumors have now been proved correct, as today Apple introduced the new cable named ‘Lightning’. It’s extremely small, in fact 80% smaller than the previous one, which has been in use since 2003. It is tougher, reversible and easier to use.

In iOS 6 the web browser has full screen mode, which looks a lot better and is easier to use on the new wider screen. At the Apple event they spent a lot of time talking about new things we had seen in the iOS 6 reveal a few months back, however each was demoed on the new larger screen.

As if you expected anything else, the iPhone 5 comes in black and white.

Still unsure as to how much the costs will be in the UK.

Customers can pre-order the iPhone 5 starting on September 14th, they begin to ship on 21st September.

Read all about the new iPhone 5 on Apple’s website!

The New iPod Nano and Touch