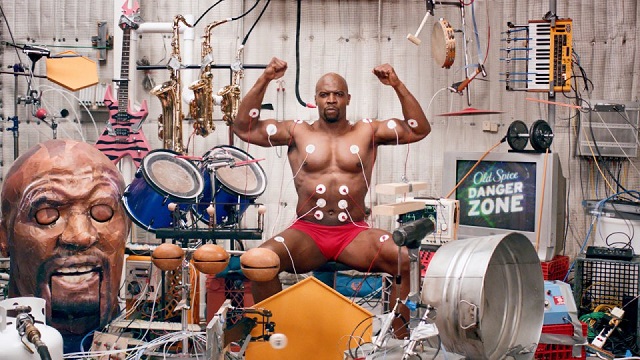 Is this the craziest form of internet marketing yet?

Terry Crews was formerly a player in the NFL, however I and probably most of the population outside of the US know him as the guy who keeps showing up on our TVs. I recognise him as the man from White Chicks, Expendables and most recently The Newsroom, each time basically playing the same enjoyable character.

You probably are also aware of Old Spice, a producer of male grooming products who have managed to create hugely successful adverts which have become viral on the web, mostly due to the comedy and the regular celebrity appearances.

Yesterday Old Spice revealed their latest advert in a partnership with Vimeo. The advert is as bonkers as you can imagine, with the entire 1.16 video consisting of Crews playing instruments by flexing different areas of his body whilst shouting ‘MUSCLES! MUSCLES’. But the advert becomes even more unique when it invites you to take control of Crews’ body to create, record and share your own musical creations.

If you enjoyed that, below is a collection of previous Old Spice adverts starring Terry Crews. Does this guy own any shirts?