An update to Google Now is available to download from the Play Store right now, bringing cards for films and emergency alerts. 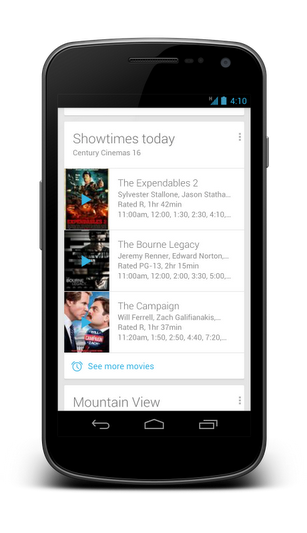 Cards will now appear on the voice assistant when you are near a cinema. You can also set it to alert you to films showing on days the service recognises you see films regularly. For the UK, this is likely to be Orange Wednesdays. 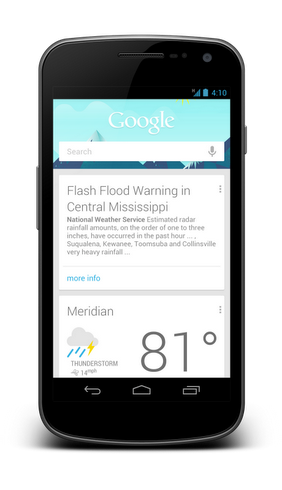 Google Now also will alert you to weather warnings in your area such as floods, storms and earthquakes.

The final feature, besides support in Korea, is that you can now select your favourite sports teams directly from the settings menu, whereas before you had to actually search for a team before being allowed to enable or disable alerts for that team. This is good, but I still really wish they would improve the support for Premier League football teams. At the moment, searching for my favourite football team Arsenal doesn’t work nearly as good as it does when I search for information on the Yankees, which being in England, I don’t do very often.