Tablets are great for productivity, it’s so much easier to use them to complete everyday tasks when compared to using your smartphone, no matter what brand. But one thing which is always missing from tablets is being able to send SMS text messages, meaning you always need to have your phone close. 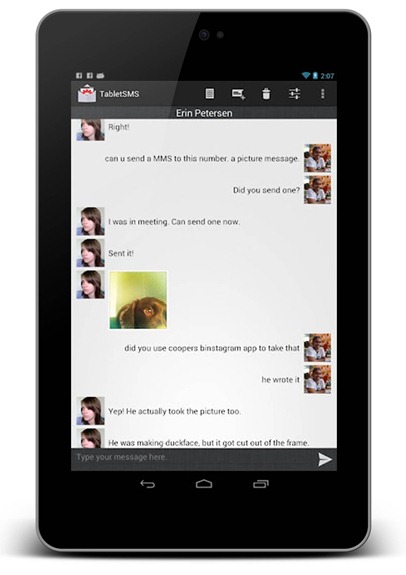 DeskSMS is a very popular application with Android users. It allows people to send text messages using the application, however it can also be set up on a number of other platforms including PC, meaning you can actually send texts from your computer.

DeskSMS works on tablets, but it’s ugly and isn’t without it’s bugs. However the developers have just released an extension to the app named TabletSMS, which brings a whole new tablet user interface to make it so much easier to use on the larger screens.

Obviously, the big tablet for Android at the moment is the Nexus 7, which is why I have titled the article as I have. However as far as I know, this should work with every Android tablet out there.

To get set up, simply install DeskSMS if you don’t already have it installed, then proceed to install the extension. The rest of the process should be pretty self explanatory.

I’m yet to try out the application on tablets as I own an iPad, but please let me know how it works!